10 Celebs Who Look Unrecognizable Without Makeup

One reason is their talent, of course. Captivating performances as actors and musicians help create entertainment that keeps us going each day.

Another reason is far simpler: they’re downright beautiful! Celebrities influence our idea of what’s hot and what’s not, and many people spend their lives trying to look as good as their favorite celeb.

Here’s some good news: you probably already look as good as many celebrities. You might even look better! That’s because some stars are downright unrecognizable without the help of a professional makeup team.

Don’t believe it? Just check out the following familiar faces that aren’t so familiar without makeup. 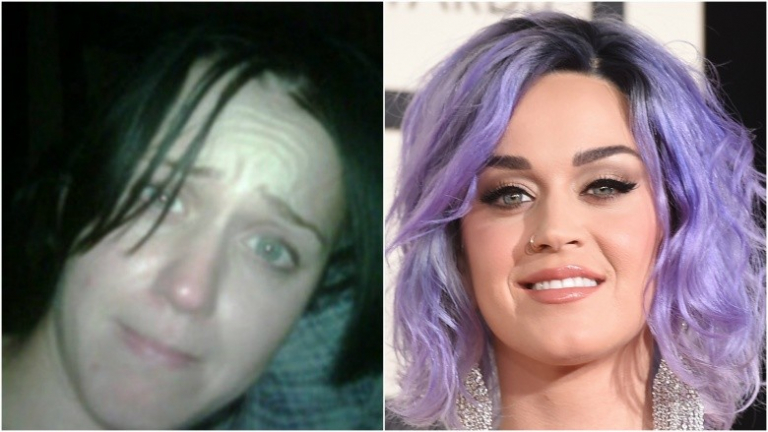 Katy Perry is considered the epitome of hot and she knows it. After all, she sees herself as the “teenage dream” to her many fans all over the world.

This pic, though (taken by former husband Russell Brand) is more of a teenage nightmare, though. It shows that without makeup, Perry doesn’t look like a pop star: she looks like your old sorority buddy asking if she can bum a pack of smokes before her Uber arrives.

It almost feels like cheating to include Marilyn Manson on this list. After all, his public persona is all about rocking a pale face and jet black hair so that he looks like something from Tim Burton’s nightmares.

When you scratch that away, though, Manson doesn’t look like a scary goth king anymore. In fact, he looks more like an extra from a Wes Anderson movie. And if you stare at him too long, you just know he’ll start telling you to listen to his podcast.