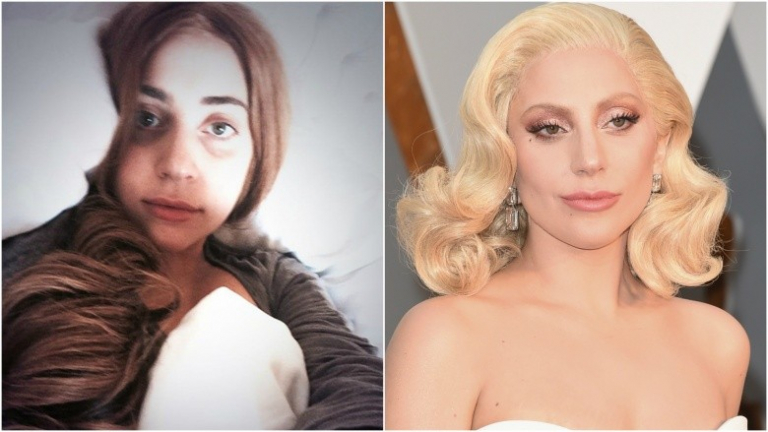 Unlike many celebs on this list, Lady Gaga doesn’t have a single iconic look. Instead, she is known for reinventing herself with every new album and major public appearance. And while she usually looks sexy in every outfit, we’re still trying to figure out what was up with that weird meat dress.

Strip away the glam makeup and bizarre outfits, though, and Gaga looks surprisingly plain. She is less a glamorous star and more somebody trying to figure out how the filters on Instagram are supposed to work. If this brunette can go from “glum” to Gaga, there is hope for all of us. 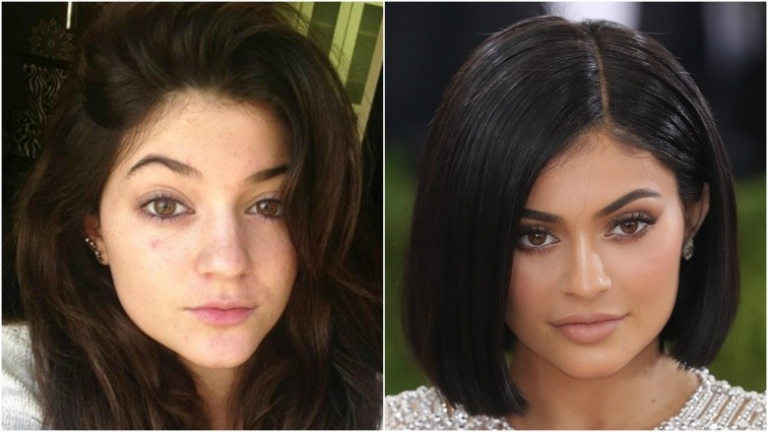 Kylie Jenner is one of those celebs who likes to make her own rules. We’re actually following her lead by including this pic on the left. While she’s still rocking the eyeliner, she doesn’t have any of the other makeup that gives her that famous look.

Without that makeup, Jenner’s face is downright humbling. It shows that she struggles with the same blemishes and bad hair days that the rest of us struggle with. Then again, this may be proof that all of us are one professional styling team away from having a famous face.