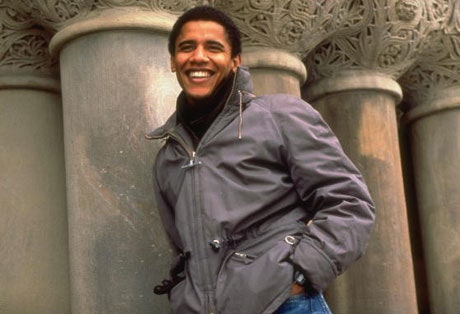 A Hug That Meant The World 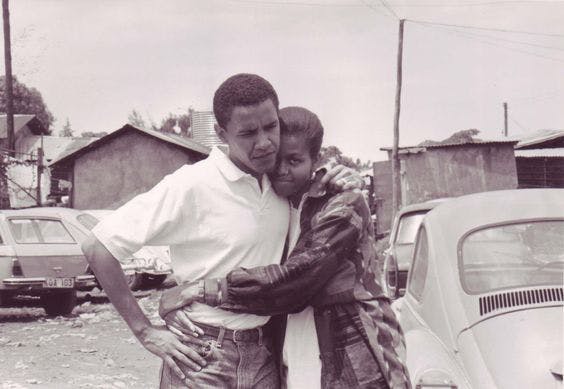 It’s pretty much impossible to look at Barack and Michelle Obama and not see a powerful couple that truly loves each other. And this pre-marriage photo of Michelle giving him a supportive hug shows us that they were destined to be together. 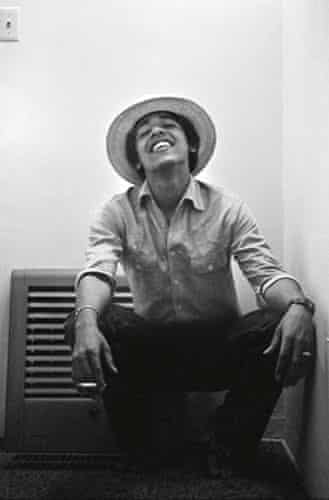 One of the reasons that Obama was a popular president was that, regardless of his policies, many people saw the young, athletic, and handsome guy as just plain cool. And this 1980 photo from his time at Occidental College makes Obama look like a pop star in the making! 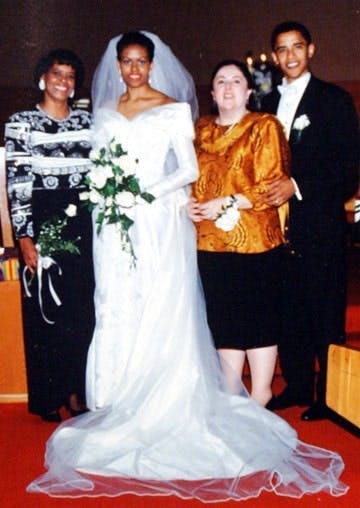 It’s an open secret that your wedding day is as much for the rest of your family as it is for you. Perhaps that’s why Barack and Michelle Obama took the time on their wedding day to snap this sweet shot alongside their respective mothers. 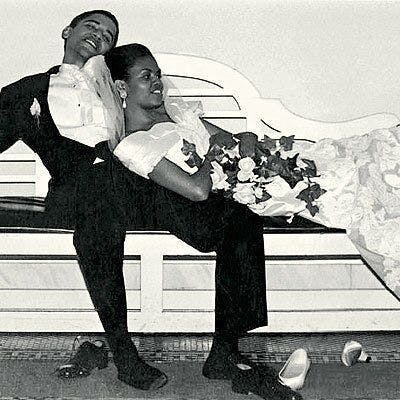 Strictly speaking, most wedding photos are misleading. They present the couple’s big day as a joyous celebration, but these photos rarely show how downright exhausting all of this can be for the bride and groom. And that’s why we love this photo of Barack and Michelle taking a few minutes to rest and recuperate from the stresses of the day.