WHEN EVERYONE GETS CANDID 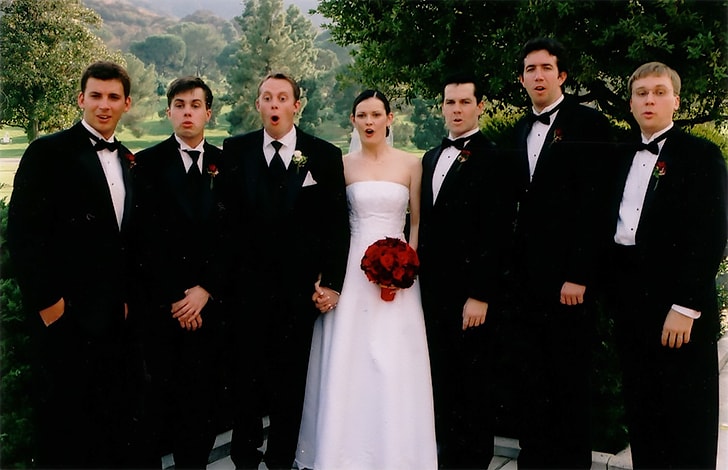 In most couples’ photos with the groomsmen, everyone usually poses formally and has their eyes set on the camera. This couple and their friends were ready to take serious photos, but it looks like something caught their attention and brought out this candid response from all of them.

Maybe the drunk uncle had one too many drinks already and fell on the floor? Whatever it is, the couple indeed had many photo options with their groomsmen. Formal ceremonies usually have many groomsmen, but those who prefer small ceremonies have one to two groomsmen.

WHEN YOU CAN’T GET ENOUGH OF EACH OTHER 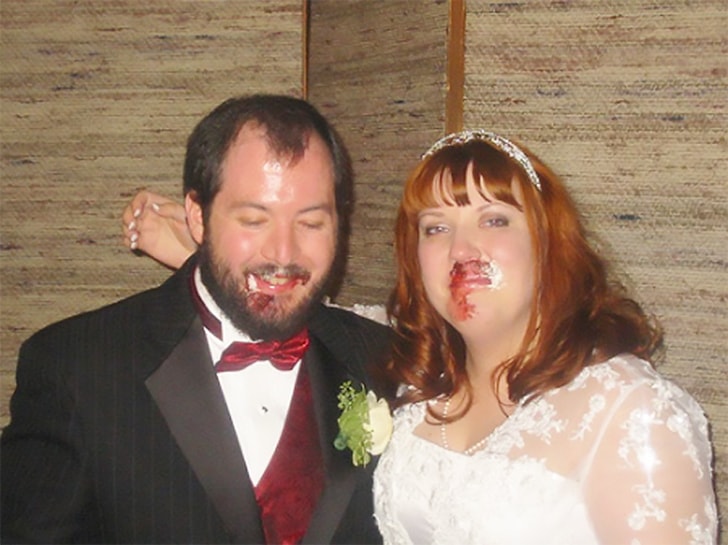 Couples are all over each other during their wedding day because they couldn’t see each other the night before their big day. An ancient tradition suggests that it’s bad luck for a couple to see each other before they walk down the aisle.

This man and woman probably felt some separation anxiety, for they showered each other with affection during their reception. The cake-eating part of the night was fun for them, and it looks like they decided to kiss while they both ate cake. They seem to be the type of couple who shares a lot of laughs each day.